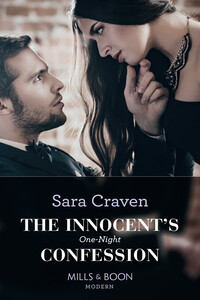 One night with Zandor marked Alanna as his…Now he’s returned—to claim her forever!Zandor awakened Alanna to an unknown sensuality! Overwhelmed by her response, she fled, never expecting to see him again. But when he shockingly reappears in her life Zandor’s charisma reminds her of the heat they shared. And this time she can’t run from the sizzling intensity of their connection… 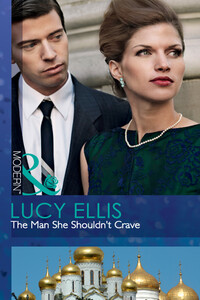 Not that kind of girl…When dating agency owner Rose Harkness approaches a world renowned ice hockey team with a daring PR proposal, it puts her man-handling skills to the ultimate test…especially when she realises that the best of the bunch, enigmatic owner Plato Kuragin, isn’t a man she can handle. At all.Wealth and sinful good-looks have given Plato rock-star privileges when it comes to women, but Rose refuses to become another groupie – no matter how her body burns for his expert touch. But after an outrageously sexy taste of the forbidden Rose is hooked – and her heart is in serious trouble…

Another faked death, another run for her life. She’d done it before when she’d gone into the Federal Witness Protection Program six months earlier.

This time, it would be much, much harder.

Harder, because of her newborn baby. Her precious daughter was a mere two hours old. She was too young to be in the path of danger, and Mattie knew it was too big a risk to try to escape with her. If she failed, if they caught her, the unthinkable could happen. 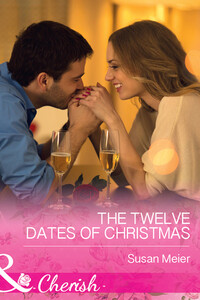 The perfect business arrangement? When entrepreneur Ricky Langley offers Eloise Vaughn the help she needs, in exchange for her attending twelve Christmas parties as his date, she can’t refuse. Yes, Ricky’s handsome, and devastatingly charming, but this is about business. If only her racing heart would get the message! Ricky has his own reasons for hating Christmas. But with each date that passes Eloise opens his eyes to the spirit of the season…and opens his heart to a totally different future…. 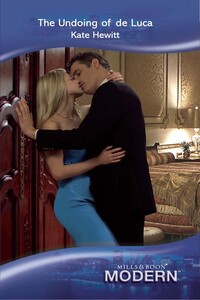 The undressing of an innocent…In theory, Ellery Dunant is the last woman you’d expect to find on world-renowned playboy Larenz de Luca’s ‘To Bed’ list. Ellery has met Larenz’s type before. There’s no way a stallion like him would be interested in a plain-Jane housekeeper like her…So why does Larenz find himself risking his cool and dropping his guard to spend the night with her? The undoing of the playboy… Just one night…but for Larenz it turns out to be not enough. Is his unworldly housekeeper going to be his undoing? 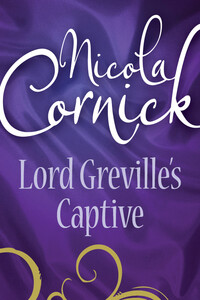 Years before, he had come to Grafton Manor to be betrothed to the innocent and beautiful Lady Anne–a promise that was broken with the onset of war….Now Simon, Lord Greville, has returned as an enemy, besieging the manor and holding its lady hostage. Simon's devotion to his cause swayed by his desire for Anne, he will not settle for the manor house alone.He will have the lady–and her heart–into the bargain! Yet Anne has a secret that must be kept from him at all costs…. 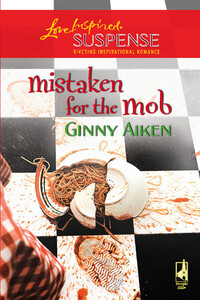 As were Helmut Rheinemann, Toby Matthias and Muriel Harper. J.Z. Prophet held the death certificates of the well-to-do seniors in his left hand. On a neat pile before him sat autopsy reports that identified the cause of death as natural in all four cases. But the papers in his right hand belied those certificates.

“E-mail,” he muttered to his partner, Dan Maddox. “What self-respecting mobster orders hits through e-mail? But here they are: Terminate Mary Margaret Muldoon, and Terminate Helmut Rheinemann.” 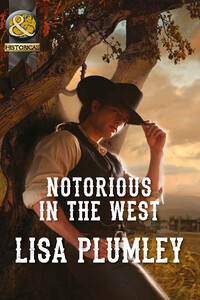 BEAUTY AND THE ‘BOSTON BEAST’…Infamous Boston businessman Griffin Turner may have a reputation for being thoroughly ruthless, but underneath it all he hides a painful past. He manages to keep the world at bay – until he comes up against smart, sassy Olivia Mouton.Morrow Creek’s resident beauty, Olivia is determined to stand up to Griffin – no matter how notorious the stories that precede him! But when he reveals a side that no one else has seen before, she has to reconsider everything she’s ever heard… 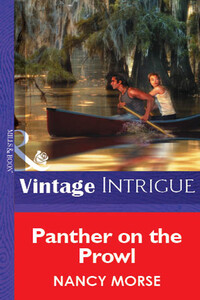 Valentine’s Day is here, a time for sweet indulgences. RITA Award-winning author Merline Lovelace is happy to oblige as she revisits her popular CODE NAME: DANGER miniseries. In Hot as Ice, a frozen Cold War-era pilot is thawed out by beautiful scientist Diana Remington, who soon finds herself taking her work home with her.

ROMANCING THE CROWN continues with The Princess and the Mercenary, by RITA Award winner Marilyn Pappano. Mercenary Tyler Ramsey reluctantly agrees to guard Princess Anna Sebastiani as she searches for her missing brother, but who will protect Princess Anna’s heart from Tyler? In Linda Randall Wisdom’s Small-Town Secrets, a young widow—and detective—tries to solve a string of murders with the help of a handsome reporter. The long-awaited LONE STAR COUNTRY CLUB series gets its start with Marie Ferrarella’s Once a Father. A bomb has ripped apart the Club, and only a young boy rescued from the wreckage knows the identity of the bombers. The child’s savior, firefighter Adam Collins, and his doctor, Tracy Walker, have taken the child into protective custody—where they will fight danger from outside and attraction from within. RaeAnne Thayne begins her OUTLAW HARTES series with The Valentine Two-Step. Watch as two matchmaking little girls turn their schemes on their unsuspecting single parents. And in Nancy Morse’s Panther on the Prowl, a temporarily blinded woman seeks shelter—and finds much more—in the arms of a mysterious stranger. 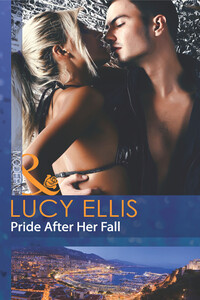 The secrets behind her smile… Bankrupt, homeless and alone, Lorelai St James is an heiress on the edge. Yet she hides her desperation behind her glossy blonde hair and even brighter smile. Getting lectured on her driving by a hot-tempered – and ridiculously attractive – stranger will not be what shatters her carefully crafted façade!Legendary Australian racing driver Nash Blue knows a thing or two about pride and sees straight through Lorelai’s polished front. Her vulnerabilities play havoc with his concentration and, never shy of a challenge, he begins his biggest yet: unwrapping the real Lorelai St James…‘Lucy’s ability to weave a story together keeps me hooked to the final page. More please!’ – Alice, 31, Luton 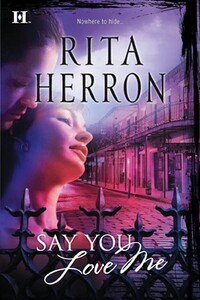 A columnist for the Big Easy's hottest erotic magazine, Britta Berger has heard her share of wild, hidden desires.But beneath her sophisticated facade, Britta is running from much darker secrets - including the terrifying night she barely survived. Now someone from her past has returned to play a merciless game. And only one man can help her. Detective Jean-Paul Dubois knows instinctively that Britta is the key to ending the string of vicious ritualistic murders that plague his city.But still haunted by his past, he must resist the dangerous attraction between them. For lurking deep in the shadows of the bayou, a killer waits to end her life - and their future - with one devastating final strike. 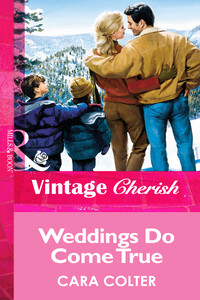 THE RIGHT HUSBAND…In two weeks, Lacey McCade was supposed to walk down the aisle and say "I do" to the man of every woman's dreams…except her own. So when she heard about a short-term position at Black's Bluff Ranch, Lacey knew the live-in-job would give her time to think. But think was all she could do…about Ethan Black, her very sexy employer….From the tender way he cared for his little charges to the tough way he tended to the land, Ethan made Lacey's heart stop, swell and swoon. But the proud, half Native-American rancher had closed his own heart to loving again. Still, something in Ethan's searing, soul-searching gaze dared Lacey to hope he'd make her wedding dreams come true…. 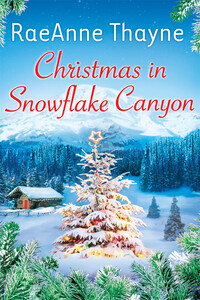 Holiday gifts don’t always come in expected packages… especially in the town of Hope’s Crossing!No one has ever felt sorry for Genevieve Beaumont. After all, she has everything money can buy. That is, until she discovers her fiancé has been two-timing her and she’s left with two choices: marry the philanderer to please her controlling father or be disinherited and find a means to support herself.Genevieve’s salvation appears in the most unlikely of prospects: Dylan Caine, a sexy, wounded war vet whose life is as messy as hers. Dylan’s struggling to adjust after his time in Afghanistan and the last thing he needs is a spoiled socialite learning about the real world for the first time. True, she may have unexpected depths and beauty to match.But he knows he could never be the man she needs… and she knows he could never be the man she thinks she wants. So why are they each hoping that a Christmas miracle will prove them both wrong?‘Reading these stories of small-town life engages the reader’s heart and emotions, inspiring hope and the belief that miracles are possible’ —No.1 New York Times bestselling author Debbie Macomber 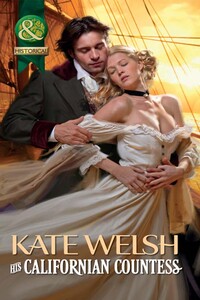 WEDDING BELLS IN THE WEST On board a clipper bound for America’s West Coast, British aristocrat Jamie Reynolds is bewitched by a fellow passenger’s beauty. Amber Dodd is sailing away from an unhappy past, embarking on a new adventure.She’s traded places with an heiress – the very heiress Jamie is on board to find! As the San Francisco skyline hoves into view Amber may not be the woman Jamie set out to discover – but this intriguing governess could just be the one he’s spent his whole life searching for… 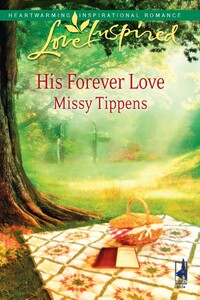 In Magnolia, Georgia, local legend says that a couple who holds hands around the "forever" tree will have an unending love.Even so, Bill Wellington held Lindsay Jones's hands around that tree years ago…and then left her behind. He chose the big city, and now he wants to bring his grandmother there. But to his amazement, he finds that Granny has a boyfriend–and a vibrant life.A life that includes Lindsay, Granny's caregiver. Bill never thought he'd want to come home, yet Magnolia clearly has its charms. As does Lindsay, who makes him long for a second chance at forever love. 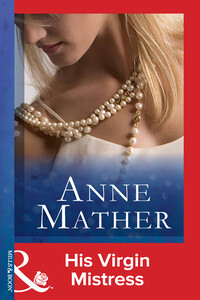 Mills & Boon are excited to present The Anne Mather Collection – the complete works by this classic author made available to download for the very first time! These books span six decades of a phenomenal writing career, and every story is available to read unedited and untouched from their original release. Innocent beauty… or seductive gold-digger?Greek tycoon Demetri Kastro has dark suspicions about Joanna – the woman who is caring for his elderly millionaire father. Surely she is nothing but a gold-digger? But her kind attentions to his father, and her core of vulnerability suggest she is acting genuinely from the heart. Whatever the truth about the mysterious Joanna, Demetri is finding her impossible to resist!