One of These Nights
Авторы: Литагент HarperCollins EUR, Justine Davis

Corporate security guard Samantha Beckett knew that sexy electronics genius Ian Gamble would balk at having her as his bodyguard, so she decided that posing as his neighbor was the best way to keep her eye on him. Professionally speaking, of course…Ian thought that suddenly acquiring the most beautiful woman he'd ever seen as his next-door neighbor was too good to be true. And then Samantha turned out to be his hired…bodyguard! Well, perhaps it was time they both took her job description more literally…. 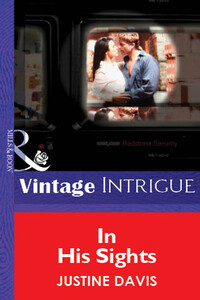 SHE WAS A SUSPECT IN HIS INVESTIGATIONBut Redstone employee Kate Crawford was also the most captivating woman securities expert Rand Singleton had ever known. Despite the protective feelings she stirred, he couldn't reveal his true identity. He'd been sent to do a job. Getting emotionally involved with the vulnerable beauty wasn't an option.Kate could think of only one reason why an enigmatic, charm-oozing man like Rand was in town–he was up to something. And she had too much at stake–professionally and emotionally–to fall prey to a seductive stranger's schemes. Still, with Rand's knee-weakening caresses wreaking havoc on her heartstrings, would she be able to expose his secrets before he uncovered hers?